Skip to Content
Proud Member of the Neighborly Family 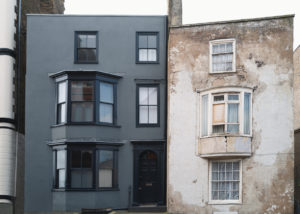 If you’re a renter, there’s a high probability you’ve heard something regarding gentrification and the ways it can affect your life. But what is gentrification, mainly? What do renters need to know about it? In this blog post, we will talk about the basics of gentrification and how it affects renters differently from homeowners. In like manner, we’ll give useful tips for renters grappling with rising rents or being displaced by gentrification.

Gentrification is the process of renovating and improving a neighborhood, commonly one that has been in decline, and making it more enticing to higher-income residents. Gentrification can come about hastily or slowly, but with that being said, it almost frequently raises complex social issues. This has to do with the fact the gentrification of a neighborhood can create rising property values and rents, as well as an influx of new businesses and amenities. Even though these changes can be positive, some setbacks can come along with them.

For instance, gentrification’s benefits include reducing crime and increasing investment in neglected areas. Homeowners may find increased property values and new or many people moving into the area. For renters, moving into a newly gentrified area could see benefits from being part of a community undergoing rapid change and growth, which can feel interesting and exciting. Renters can, in like manner, get favorable deals on newly renovated rentals, mainly if the area is just at the start of gentrification.

Nonetheless, on the flip side, gentrification can also displace long-time residents who can no longer afford the increased rent. Renters may, at once, find that rising rents have priced them out of an area they’ve lived in for years, which can be a pain to mend. Other unlikeable consequences of gentrification comprise the loss of community character and the feeling that outsiders are taking over a neighborhood.

Renters are primarily unprotected from displacement from gentrification because they don’t have the same protections as homeowners. Such as, landlords can raise rents to what the current market will hold; these increases can be significant if the market is indeed desirable. And if you’re renting from a landlord who elects to sell the property, you could likewise be required to move. In contrast, gentrification has minimal effect on homeowners, who are less likely to move out of gentrifying areas. Property owners most commonly stand to benefit the most from the gentrification process.

If you’re a renter in a neighborhood that is gentrifying, there are a lot of things you can do to try to keep living in your home. Mainly, get to know your rights as a tenant, and make sure you’re briefed and updated on all the latest laws and regulations. You should, on top of that, try to build relationships with your landlord or West Jordan property manager, so they are more likely to work with you if rent increases grow into becoming a serious concern. Eventually, come prepared to advocate for yourself and other tenants in your neighborhood if you uncover signs of displacement (such as evictions or rent hikes).

Gentrification is a complex issue, and it’s one that renters need to understand. If you’re dealing with rising rents or the threat of displacement, always remember that you’re not alone, and a considerable number of people and organizations can give assistance.

Are you in the market for a new rental home? Real Property Management Wasatch has first-rate quality rental listings in West Jordan and the surrounding areas!

We are pledged to the letter and spirit of U.S. policy for the achievement of equal housing opportunity throughout the Nation. See Equal Housing Opportunity Statement for more information.

When it comes to finding the right property manager for your investment property, you want to know that they stand behind their work and get the job done right – the first time. At Real Property Management we have the expertise, technology, and systems to manage your property the right way. We work hard to optimize your return on investment while preserving your asset and giving you peace of mind. Our highly trained and skilled team works hard so you can be sure your property's management will be Done Right.